I wanted to put out an update about what’s been going on with The Hint the last few months, along with news on Project M. Lots of changes here, and we’ve been busy working on our sound and new songs. We’re incredibly excited for the new direction. Expect to see and hear a lot in the coming weeks.

From the outside, it probably feels like we’ve been away for a while, but I think it’s more fair to say that we’re in a major transition. Early this year, we started combing through all the songs we had been writing over the winter and started talking about where we wanted to go next. We made some pretty big decisions, following our hearts toward something new. We started toying with cover songs that inspired us to play music in the first place – that definitely changed us at at time we really craved it. It made going back to our old songs much harder. Some days, we’d show up to rehearsals, look at the old set list and say “let’s not play that song anymore”.

The first big change we made last winter started with experimenting with electronic drums and samples. A random Depeche Mode song we re-worked gave us a taste of the possibilities and once we opened up that can of worms, Tim took it to the next level. He started programming samples and working through demo loops I had been playing with. 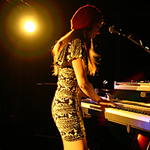 The second big change is a brand new addition to the band: Tessa. She’s sung on a bunch of our songs on previous albums and we’ve always wanted to try more than just a guest spot together. Tessa is singing and playing keyboards now, and joined us on stage for two shows, one in Baltimore and one in Virginia, before heading up to the studio with Tim, Geoff and I this month. 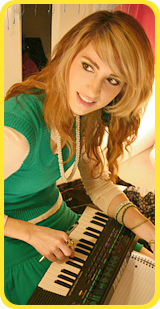 Our drummer, Dave, has started up with managing bands and is taking that to the next level, so for the moment, our band has morphed into something entirely new. As for future shows, we’ll be mixing it up song to song, so I can’t say what those will look like quite yet. 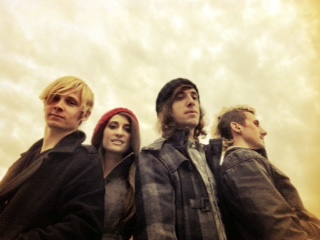 Cell snapshot before the studio

As a new quartet, we picked a handful of songs that spoke to our transitions. Songs that tied in the new and gave us somewhere else to follow into. We decided to create a new model for putting out new music we called “Project M”. Project M has been the working title for our latest studio effort – with the “M” coming from the Roman Numeral for 1,000. With our usual fondness for technical details, we mapped out a concept for releasing music the way we wanted to roll it out. At it’s core, it was simple: release the demos, the music, and the ‘making of’ only to a private group of our closest friends and fans. The aim was to build a community that really cares about the music and to spend our time and effort on them alone.

The original goal was six songs with a bi-monthly release starting in June. New members signed up with great promise, pre-ordering the music (thank you all for that) – and, this helped to fund our studio effort. You guys picked the exclusive t-shirt that would come with the pre-order and we headed up to Boston, Massachusetts, to record with producer Scott Riebling. This turned out to be our first extended trip with the four of us crammed into a hotel room, and that was important after only spending time together in our rehearsal space working through new songs. In the studio, Scott helped us hone in our new sound and we ended up tracking four songs (and half of another that we’ll likely finish soon). The studio time together in Boston was pivotal. 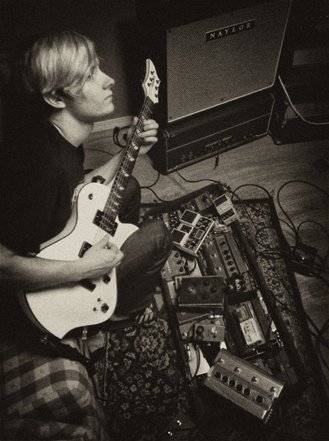 Tim in the studio

Those new songs are all recorded, and mixing starts up this week. That means the new tracks have a little ways to go before release, but it won’t be long. We’ve got a ton of video from our time in Massachusetts and in the studio along with some new photos from a quick shoot in Plymouth. After coming home, a few things became clear. Most importantly, Project M would not be possible as-is. We didn’t meet our original quota for songs and had to push off mixing due to the studio schedule. This makes it impossible to deliver as we promised. So, we’re going to hang on to ‘M’ as a working title, but nothing more for the moment. We’ll be reaching out to each person that joined us and refunding your pre-order, one by one. Thank you all so much for supporting us while we were in the studio. I can’t tell you how much it means to have that kind of support, especially with bands and music around us in such utter chaos. We’ve always been about making music that makes us happy, in our own way, and have no interest in stopping anytime soon. We’re stoked about the new songs and will let you know soon about our release plans. Until then, we’ll be posting studio pics, footage and clips.